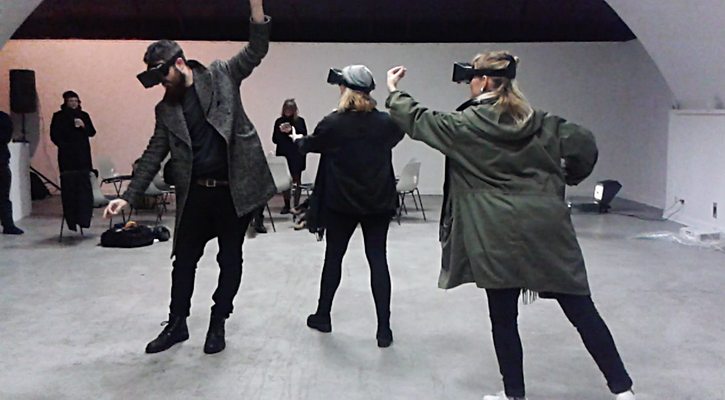 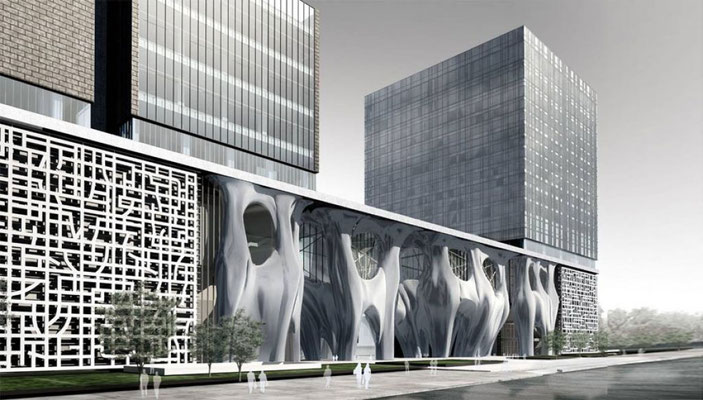 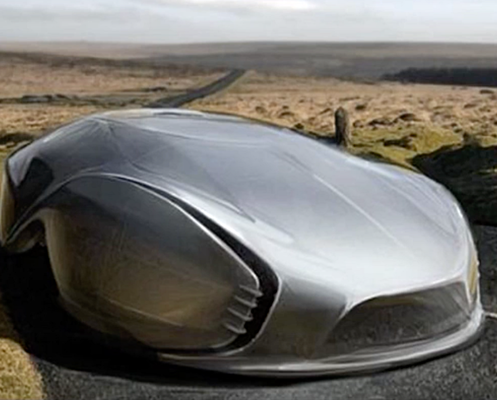 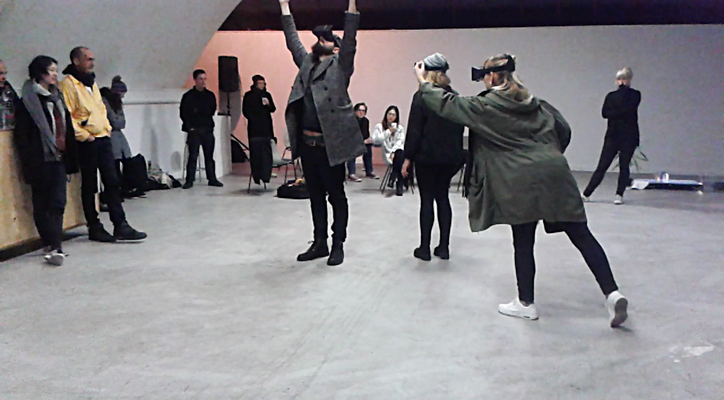 Following precisely the instructions inside virtual reality glasses volunteers realise a performance visible for the rest of the audience.The description is to be performed through text, movements and the personal interpretation of images with the volunteers own ways of perception and knowledge. They create a theatre piece which they discover playing it for the first time. The content of the play is based on the idea that humankind already has a precise image of the future through anticipation.

Written in novels, realised in science fiction movies, buildings reappear and develop an aesthetic, constructed in the past. The theatre play also reacts on architectural projects which especially come to life in the cultural institutional environment. This first episode is the start for an Open Source Theatre. This term will generate a new way of practising and rehearsing with the tool of virtual reality technology. After the play will be free ware in the internet, it can be downloaded and played in all parts of the world, in institutions, in living rooms, in public space etc.

He preferred caves, forests and mountains to cities.

Painters and Artists were asked to draw many castles, but none convinced him.

None was big enough for his dreams. In his palace, he was the king.

Old poets whisper he was the only real king of his century.

Architect of his own life, he had built a boundless place

where there is an office for each illusion,

a room for each dream

and a kitchen for every taste in the world.

Passing by the flying bridge you could see

the three towers of the past facing the gate of stars.

A wonderful staircase of concrete trees leads to thousands of suites

where Sultans, Emirs and Legends lived by his side.

Every night you could hear the valkyries singing and running

through the woods, surrounding the crystal dome.

Operas succeeded to ballet endlessly, protected and forced by the greatest,

He was never frightened by new technologies.

In his place you could see machines, people wouldn't have ever believed.

Every day, the king went to sleep, as soon as the sun rose.

His blanket woven by his ideas for the days to come.

His bed floating slowly through the empty corridors.

People from the city, jealous of this kings reality couldn't stop.

They called the king mad and straightened him for his dangerous mind.

At least for one day.

The pure clarity of the first sunlight crossing his face killed him instantly.