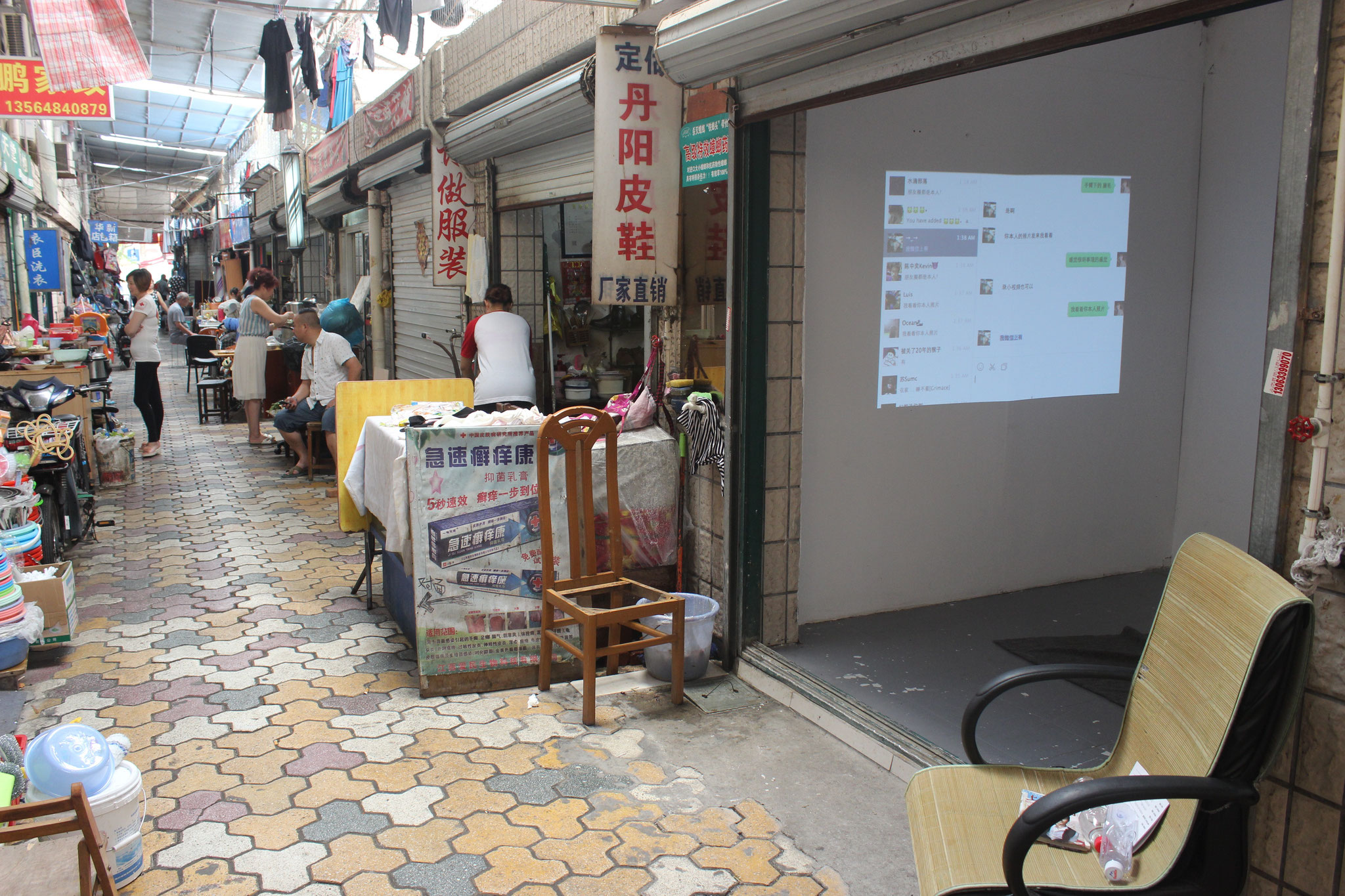 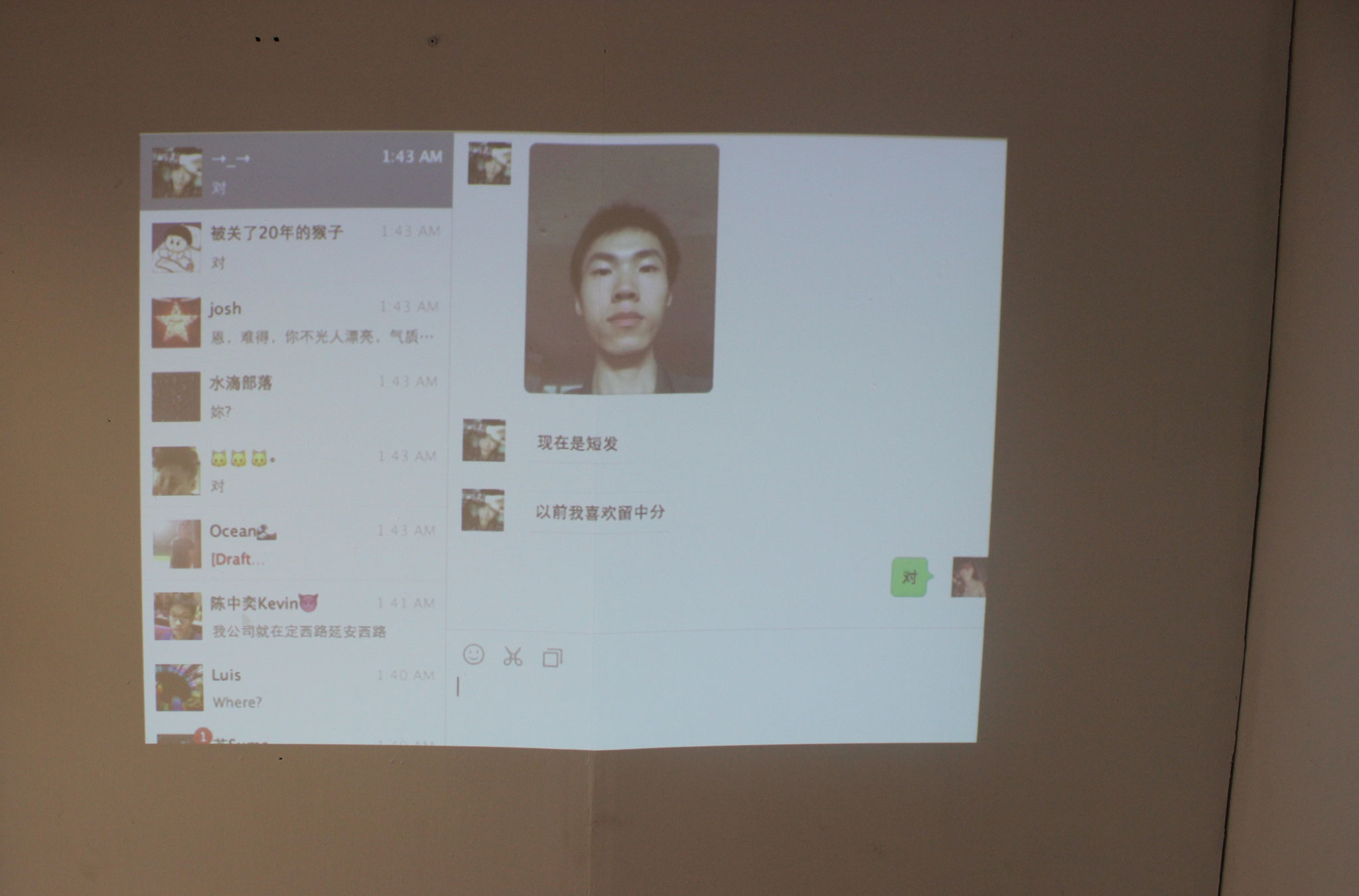 Can privacy function in a public forum? In the series OLO the american artist Katy Roseland works with the „People-Nearby-Function“ on Wechat, the most widely used social media platform in mainland China. Not knowing who is on the other side, people can be tracked to a distance of 100 meters and be reached for contact, as permitted with a single agreement. This agreement is criticised in a humorisly yet embarassing manner in this online experiment. Katy assumes the identity of a „people nearby“ called WONDERFUL, who only interacts using strangers' messages. Rearranging these from one stranger to another, conversations become jarbled and surreal. These passive encounters are situations resulting from other strangers, as a double-sided mirror of communication as an image OLO suggests. The participating members in Katy's Wechat, who were exposed not only with what they say, but with their profile photos and personal dates in the bcp were invited to the opening 100 meters close by. Nobody showed up, but deleted WONDERFUL immediately after finding out. 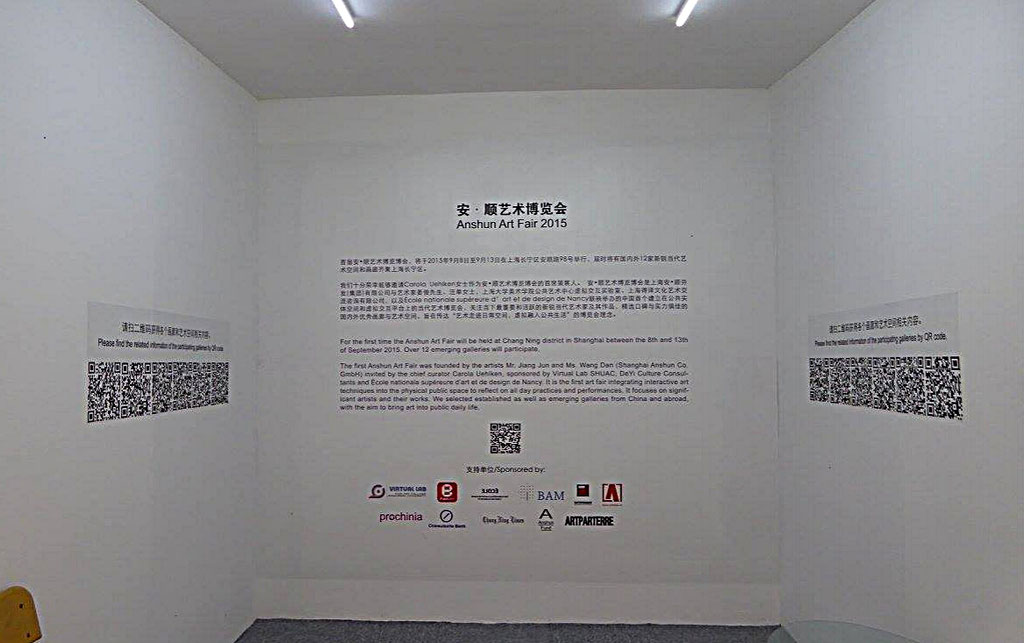 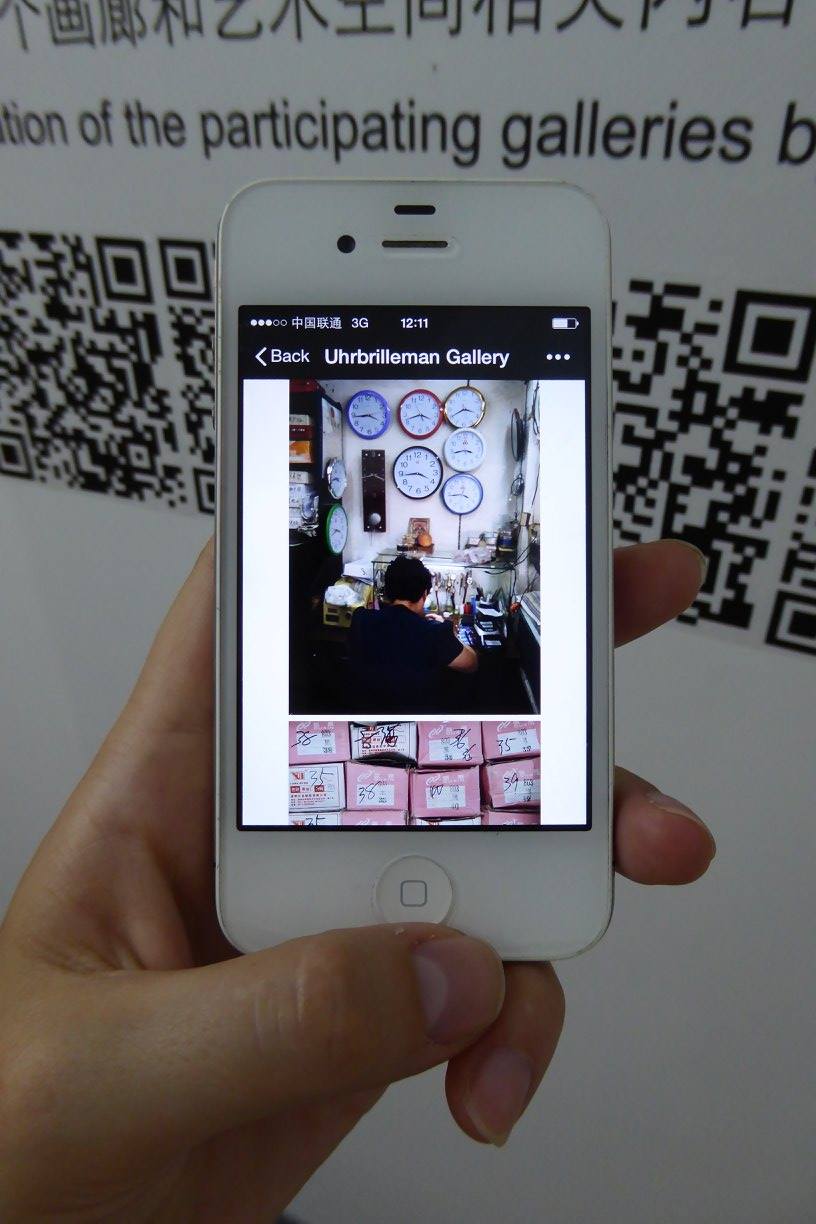 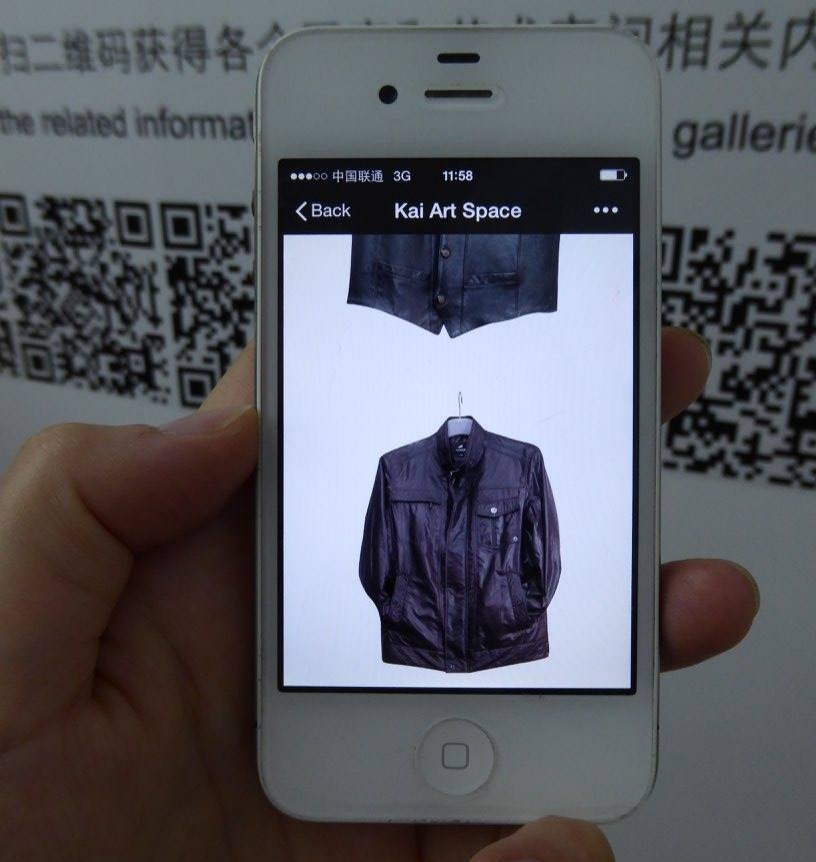 For the first time the Anshun Art Fair will be held at Chang Ning district in Shanghai between 8 and 13 Sep 2015. Over 12 emerging galleries will participate.

The first Anshun Art Fair was founded by the artists Mr. Jiang Jun and Ms. Wang Dan (Shanghai Anshun Co. GmbH) invited by chief curator Carola Uehlken, sponsored by Virtual Lab SHUAC, DeYi Culture Consultants and École nationale supéreure d’art et de design de Nancy. It is the first art fair integrating interactive art technics into the physical public space to reflect on all day practices and performances. It focuses on significant artists and their works. We selected established as well as emerging galleries from China and abroad, with the aim to bring art into public daily life.

The 16th Room (GIFT) was initiated as a comment to the exhibition 15 Rooms curated by Hans Ulrich Obrist and Klaus Biesenbach at the Long Museum in Shanghai. Song Xi (Beijing) developed the performance Gift as a direct comment and as a present to the medias. He balanced a wooden stick with his head for three hours wearing pants in the bcp Shanghai one day after the opening at Long Museum. His work dealt with differences between private and public art shows, the need of the artists bodies in performative works. On Wechat (Chinas biggest social media platform) we discussed about copyrights and were supposed to stop advertising and publishing news about the show. 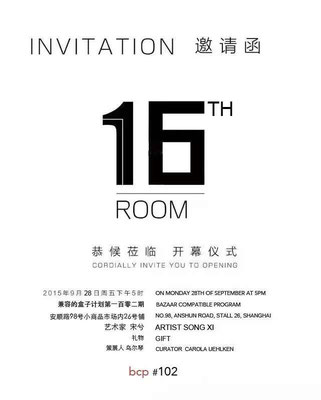 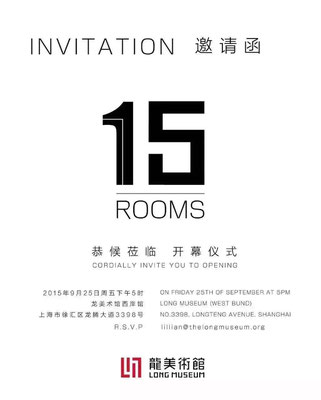 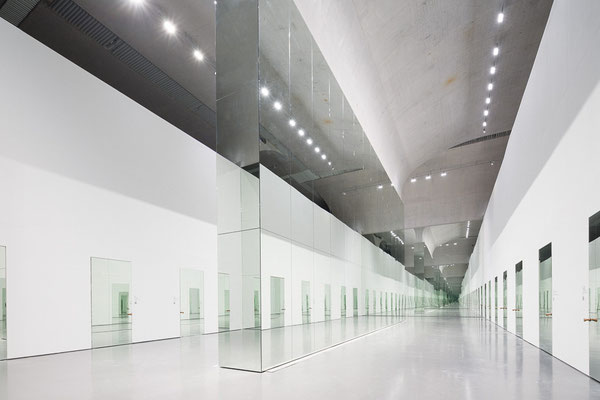 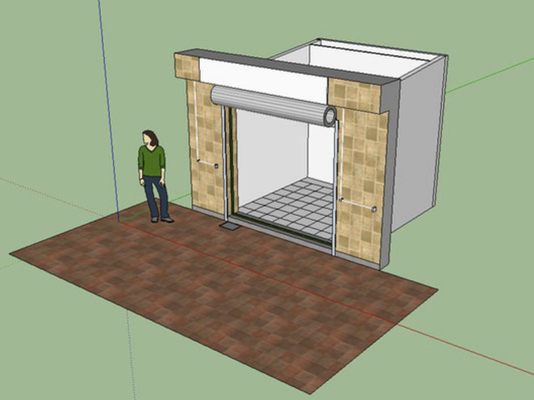 ... "The performance features the artist Song Xi clad in underwear holding up a blue rod to a wall with his head. The curator Carola Uehlken, who organised the show, describes it as “a gift from the artist” to Long Museum of an extra room. But, she adds, the exhibition uses the original artist to present the performance rather than actors. The Long Museum spokeswoman says it maintains the right of prosecution, but will not act yet."

He pays special attention to the body as the medium of expression in his artistic creation. He believes that political attribute is buried in the intensity of ideology of socialised body. The sensuality of the body, the temperature derived from emotion and pain form fundamental support for his creation. Warmth, hidden in the works of minimalist style, creates certain unknown relationship among the physical, the emotional and the material. Often, "wrong" judgment happens due to unfamiliar cognition and dissociation of experience in the order of inertia, causing intentional damage to the emotion as well as the body. Song Xi hopes to establish new order based on the existing system when outputting art, in addition to exploring the relationship between art and society.